A Pokémon Collection Site
FIRE LIZARD TREASURES
Shuckle is such an awesome Pokemon! I love the juice-making premise of its design. 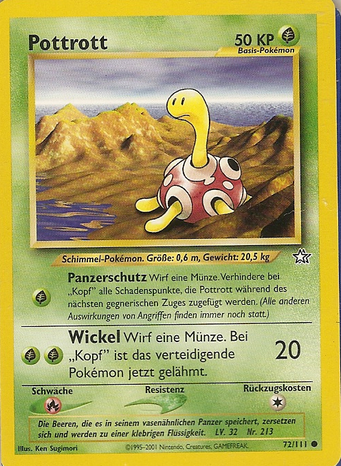 
Comments: I fell in love with Shuckle because of this card, since its German name is so much fun. I have named a Shuckle in many of my games Pottrott because of how much I love the name haha. 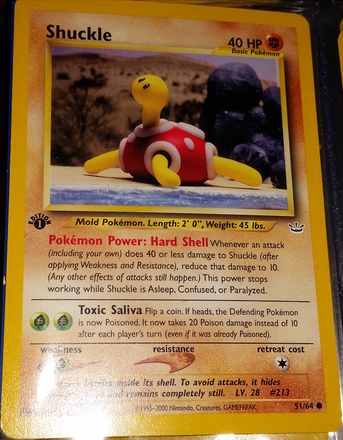 
Comments: I didn't really care about the whole First Edition thing when this set came out, but later when I actually cared I was happy that I was able to get a First Edition Shuckle from this set! I love the clay art, as always! 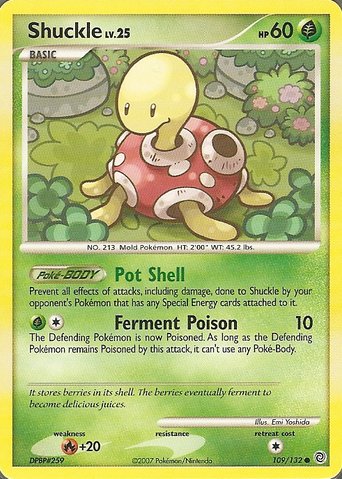 Comments: This Shuckle's art makes me feel peaceful. I love the flowers in the background and the Shuckle itself is really cute! 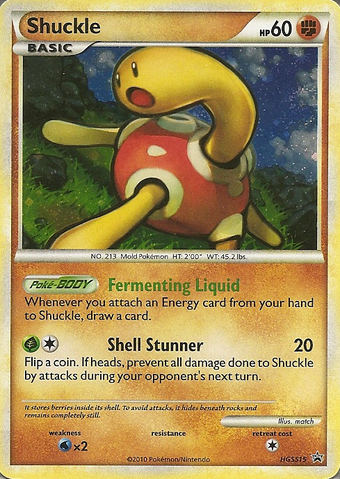 
Comments: This promo card is one of my favorites of the HGSS era! I love the perspective and the colors are really nice! 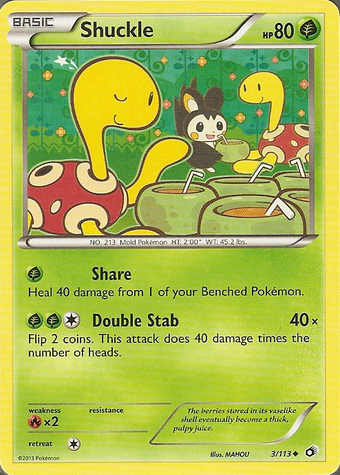 
Comments: This card's art is adorable! I love how they're sharing their juice.
Powered by