A Pokémon Collection Site
FIRE LIZARD TREASURES
Pokémon cards will always have a special place in my heart because they started my collection! Krookodile doesn't have too many cards right now, but I'm sure it will gain more in the future! 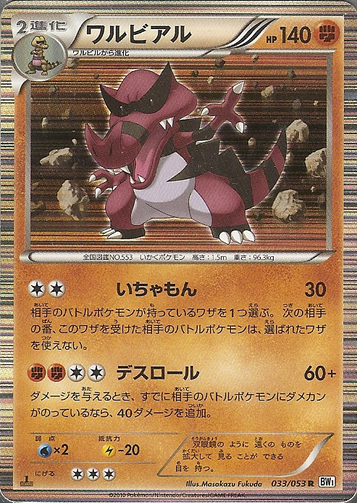 
Comments: This was the first BW card I got, along with a Liepard, from my friend who bought a box online. I really love the quality of Japanese cards, and the holo effect on the border is really cool! 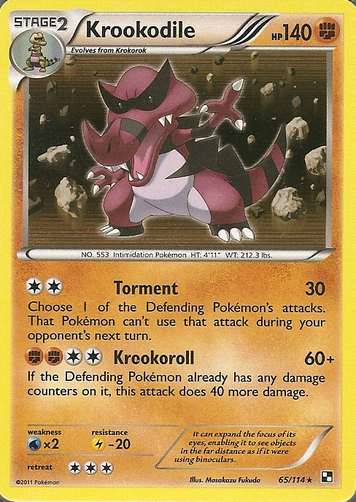 
Comments: Though it's not as pretty as the Japanese edition, I still really like this card! The holo effect is still really nice in person. 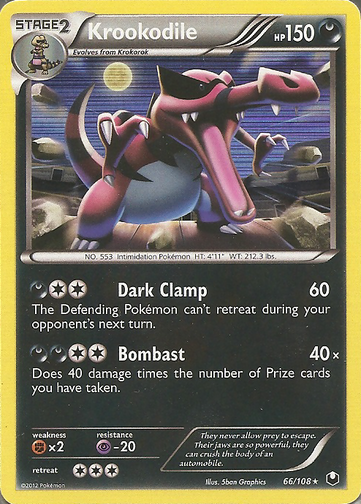 
Comments: Normally I don't like CGI artwork so much, but the holo pattern and the flying rocks really makes this roaring pose come to life! 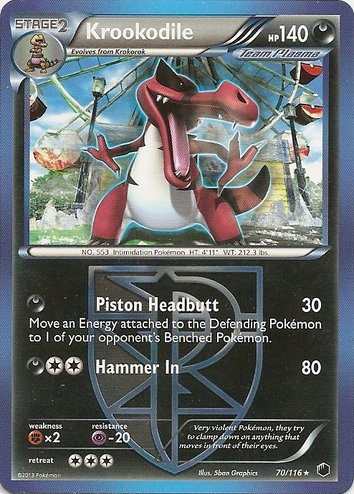 
Comments: I adore Krookodile's pose in this one and the fact that he is standing in front of a frozen Nimbasa Ferris wheel! 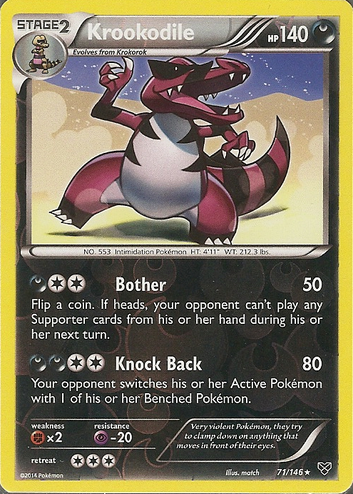 
Comments: How could you not love a happy dancing Krookodile? 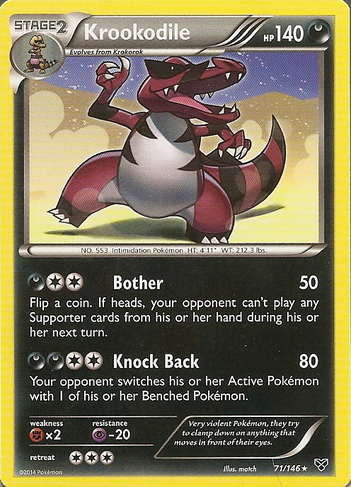 
Comments: This is the normal version of the card above!
Powered by