A Pokémon Collection Site
FIRE LIZARD TREASURES
I decided I loved Entei after seeing the third Pokemon movie. Its design is really neat and I loved its crystal-forming powers in the movie! 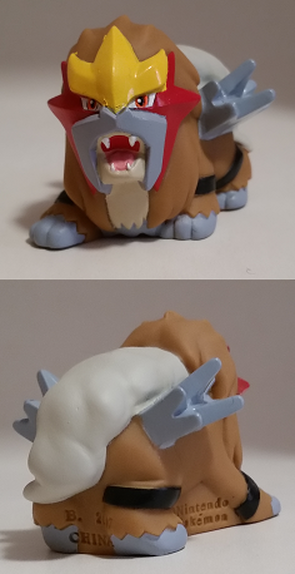 
Comments: I really love the pose on this figure and the colors are nice! Definitely an iconic Entei pose.

Entei Bottlecap Figure
Year: 2010
Company: Kaiyodo made figure, distributed by the Pokemon Company
Country of origin: USA version of a Japanese figure
Where I bought it: In an Entei TCG box from Target


Comments: I'm glad this figure came to the US because I've always loved Kaiyodo figures! This Entei looks really majestic with his flowing cloud. 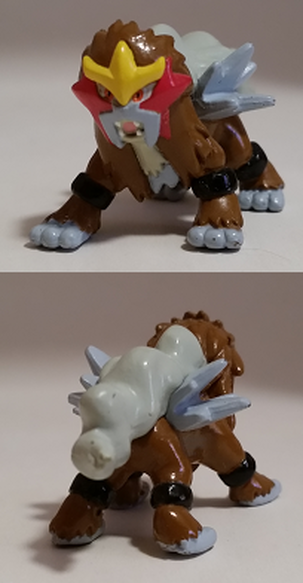 Entei Chou (baseless)
Year: 2009 (This is a guess, please let me know if you know the real year from the base!)
Company: Bandai
Country of origin: Japan
Where I bought it: Convention


Comments: This figure has such a cool pose! I always love poses that look like the Pokemon is about to attack.

Entei Launcher Figure
Year: 2010
Company: ? (Please let me know if you know what company made this figure!)
Country of origin: Japan
Obtained in a trade through Pokemon Collectors!


Comments: This toy is really fun to play with! The Entei is attacked to a base with a ball on the bottom and when you press the button on the back, it launches forward. It launches at a pretty good speed! 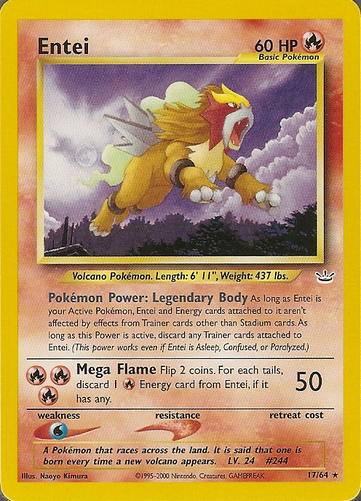 
Comments: I really like the style of this card's art. The coloring is very nice! 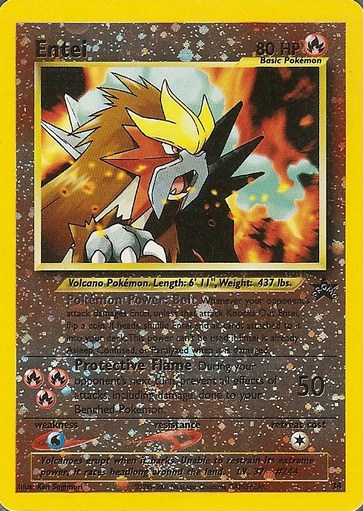 
Comments: If you saw the 3rd Pokemon movie (Spell of the Unown) in theaters in the US, you got a free Entei card after you exited the theater. I absolutely adored the card I got from that event, so it's a little banged up now. I happened to get a MIP one from a Target "cards and promo" pack, so that's the one I scanned! 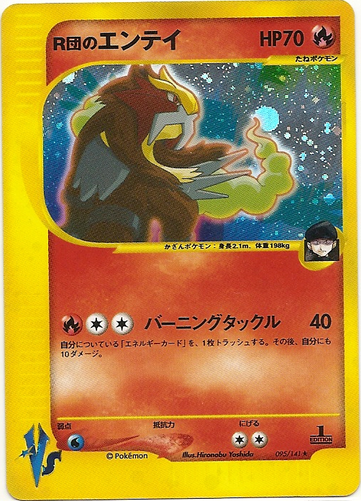 
Comments: This card really gave me a run for my money for a while! I am so glad to finally have this card in my collection! Entei looks so majestic. 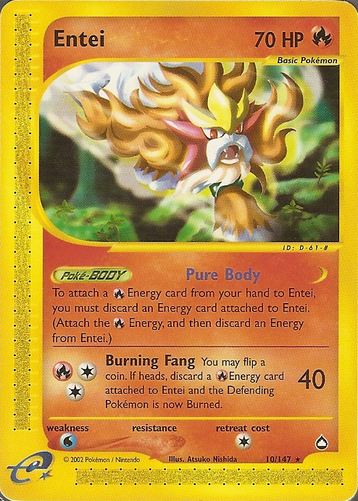 
Comments: I was never able to get many packs of Aquapolis, but when I did I really loved every card! This Entei reminds me of a star. 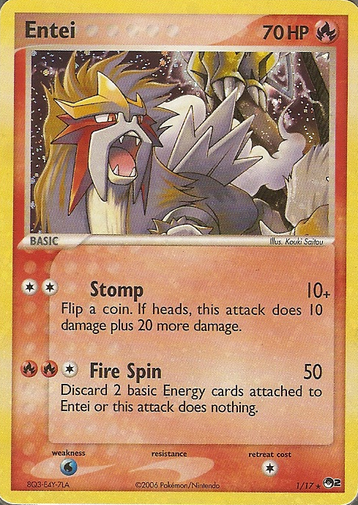 
Comments: This particular holo version of the original POP 2 Entei was included in a blister pack around the Power Keepers release. I really like how the holo effect works with the dynamic art! 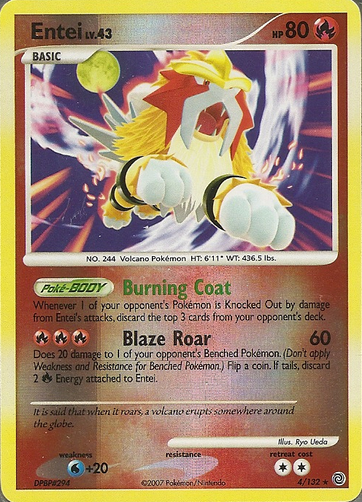 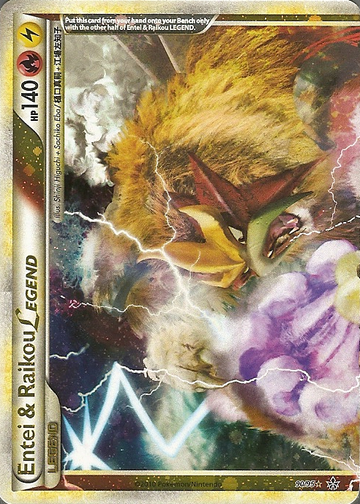 Comments: The Legend cards were pretty neat when they came out, but a little tough to use in the game sometimes. If you're selling the bottom half of this set, please let me know! 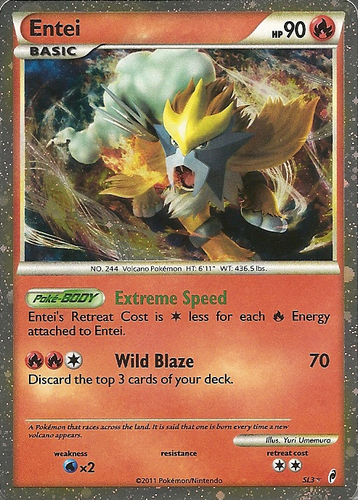 
Comments: I love this card so much! A good friend of mine gave me a few Call of Legends packs and this was in one of them so it's pretty special to me!