A Pokémon Collection Site
FIRE LIZARD TREASURES
Pokémon cards will always have a special place in my heart because they started my collection! Tyranitar's cards are usually very tough-looking and intimidating. 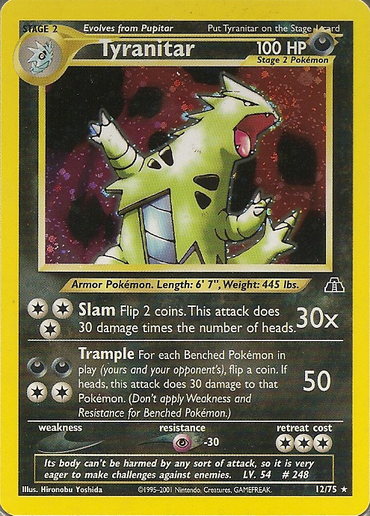 
Comments: This card's art is absolutely amazing! I love that Tyranitar is accented by an outline of lighter holo against the dark holo background. 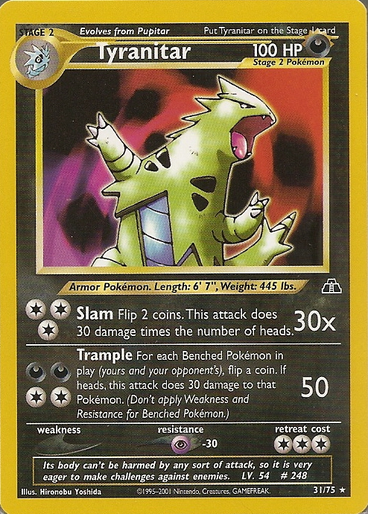 
Comments: The non-holo version of the card above! 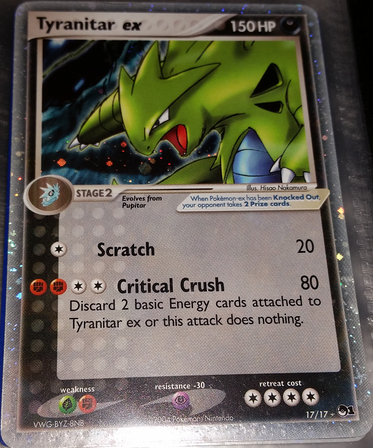 
Comments: This card was the promo in a large TCG box released in 2004! I remember my friend and I got them together and opened our packs excitedly in the car on the way home. 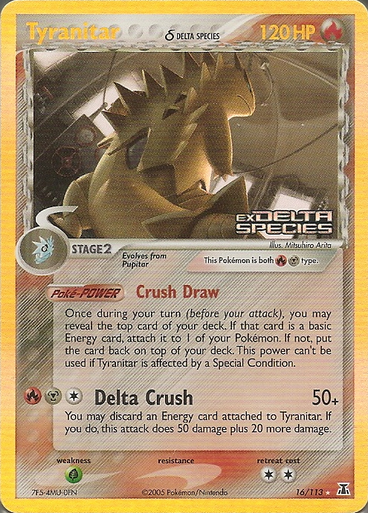 
Comments: I will never get over how awesome the gold lettering on reverse rares in EX sets is. It looks especially awesome with the Fire/Steel dual type card background. 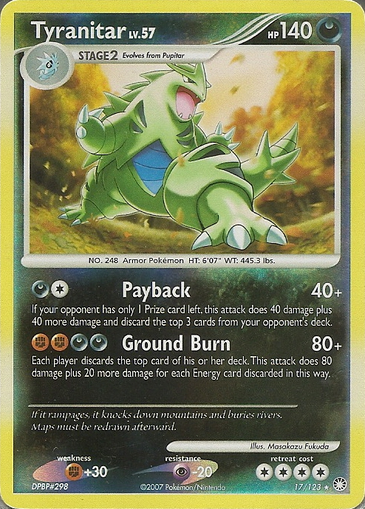 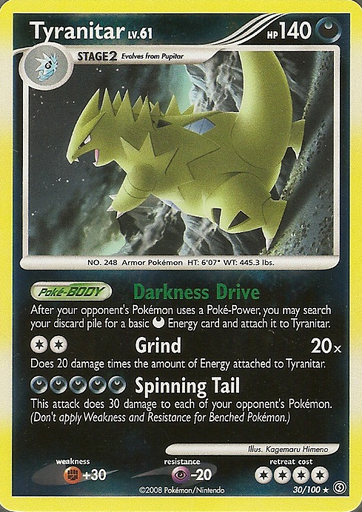 
Comments: In person the reverse holo effect makes the card look really awesome! I love the neat perspective too of course! 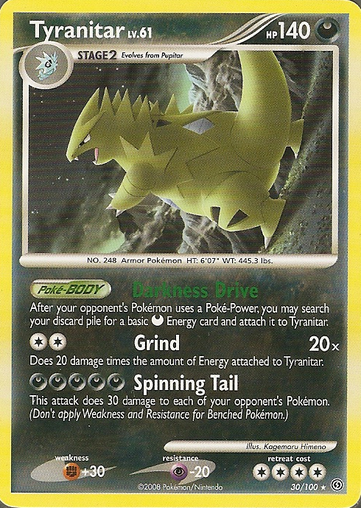 
Comments: This is the normal version of the card above! 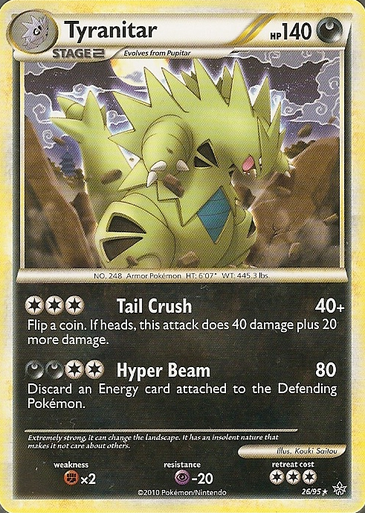 
Comments: This card is really cool! As I was trying to collect more Tyranitar Primes to put in my Tyranitar deck, I used these guys as awesome place holders. 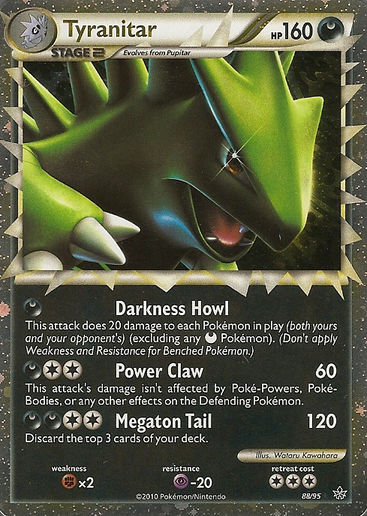 
Comments: I used this card as the basis of a deck I used for a long time. It went pretty far in a couple tournaments! This card's sparkles are accented by the dark color!
Powered by