A Pokémon Collection Site
FIRE LIZARD TREASURES
Once I got Ruby, I was instantly intrigued by Groudon's design. I love the markings and the combination of panels and spikes kinda reminds me of Zoids! 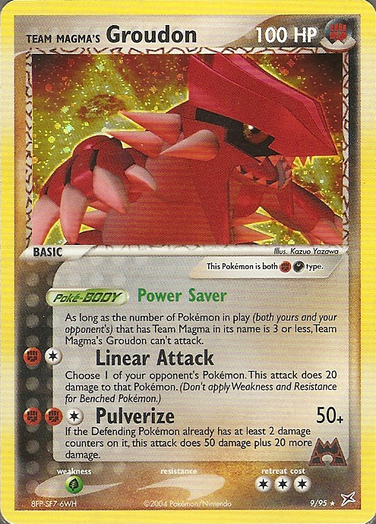 Comments: This Groudon looks so cool. It's really too bad that my scanner did that scanner line thing. 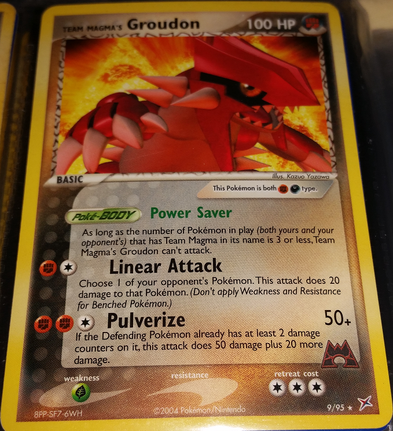 
Comments: This particular card was included in the Team Magma theme deck released with the EX: Team Magma vs. Team Aqua set! I think it's neat that the theme deck version isn't a holo because you can see the background when you normally might have a hard time seeing it. 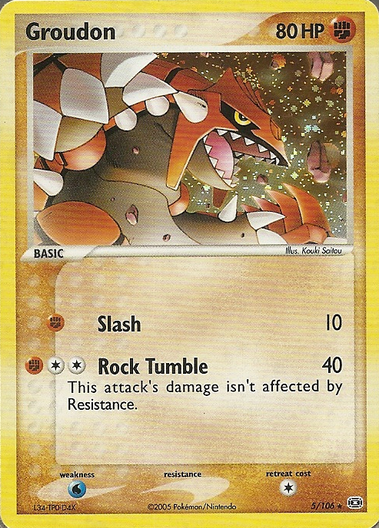 
Comments: After I saw a friend pull this card, I knew it had to be mine somehow eventually. I finally was able to obtain this card and I love it so much! 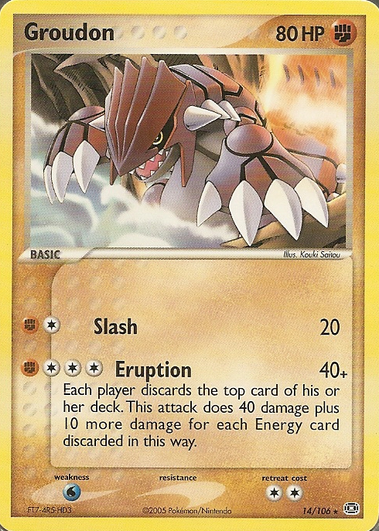 
Comments: This Groudon looks super menacing coming up from out of that lava stream. Definitely don't want to bother this guy! 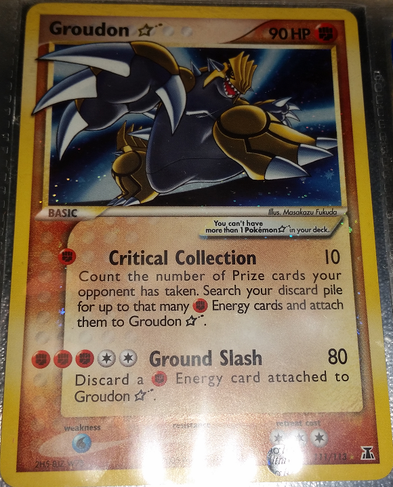 
Comments: Delta Species was my favorite set in 2005 so I thought every card in the set was really cool! When I pulled this Groudon Star, I freaked out and could not believe my eyes because Groudon was one of my favorites and I hadn't gotten such a rare card many times before. 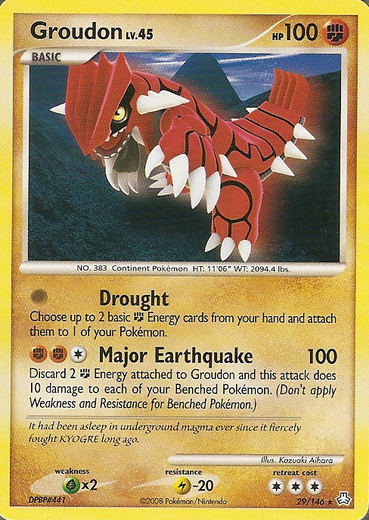 
Comments: This Groudon is pretty neat! I like the glowy effect.
Powered by