A Pokémon Collection Site
FIRE LIZARD TREASURES
This section of my Haxorus collection includes anything that is 2D, mostly composed of Pokemon cards! Pokémon cards will always have a special place in my heart because they started my collection! Haxorus's cards usually feature one of its attacks being powerfully unleashed! 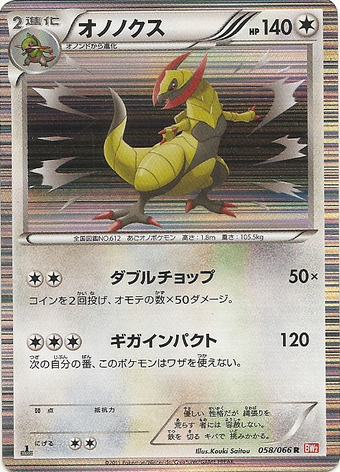 
Comments: This card was given to me by a very good friend of mine! I really love the BW Japanese holos, and this one is even First Edition! 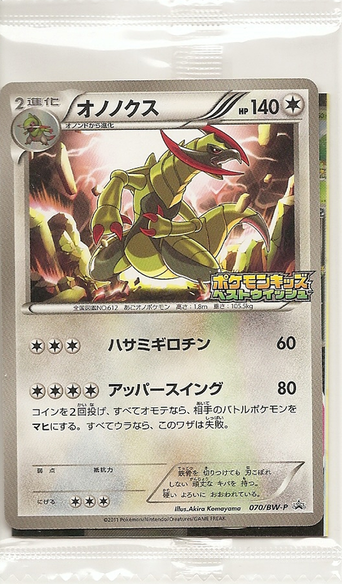 Comments: I love Haxorus's pose in this card! This promo card was included in the box of a Haxorus kid figure made with the same pose which you can see here! 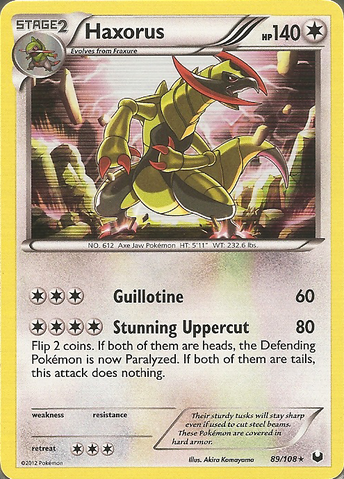 
Comments: I was so happy to see that the Japanese card above was included in an English set, and as a holo this time! 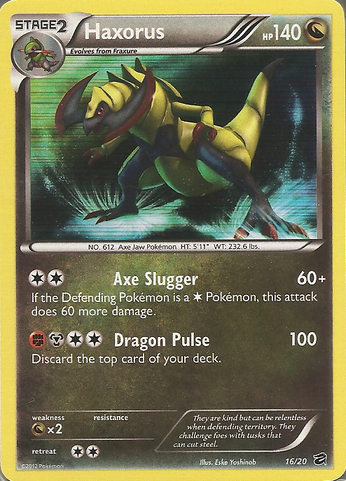 
Comments: This Haxorus looks like he's getting ready to jump into a good fight! 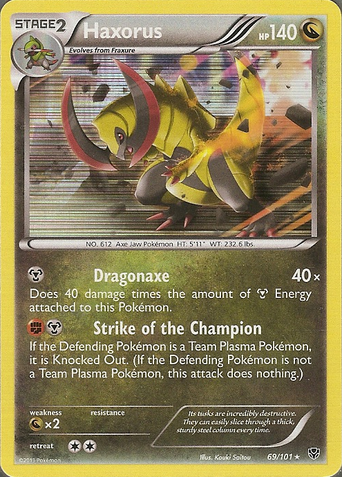 Comments: This Haxorus card is really neat! I love how the horizontal holo works with the flying rocks and Haxorus's pose.
~Misc Cards~ 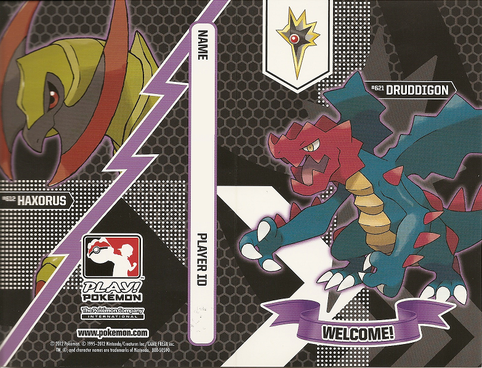 
Comments: This is the actual score card I used during this Pokemon League season! These cards are pretty cool because the Pokemon art is glossy in contrast to the normal card stock used for the card itself.
Powered by